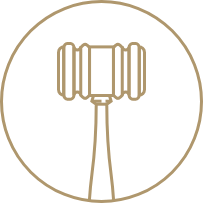 Employers must ensure that work at all stages is planned, organised and carried out in such a way that the effects on the psychological working environment are fully adequate in terms of health and safety. In this case, the question was whether an employer was liable in damages for mental health issues suffered by a social and healthcare worker as a result of bullying by her co-workers.

The social and healthcare worker reported the psychological impact of the workplace bullying as a work-related illness, and the Labour Market Insurance (AES) assessed that she suffered from an unspecified stress reaction resulting from the bullying. She was assessed as having a permanent injury of 10% and a loss of earning capacity of 45%.

In this regard, the employer submitted, primarily, that the severance agreement was made in full and final settlement of all financial claims. The employer further submitted that the social and healthcare worker had not established that she had been subjected to bullying and harassment, e.g., because she had not communicated this to the management, and that her sick leave was due to issues following a physical industrial injury. The management had tried to solve the challenges arising from the workplace communication in an appropriate manner.

Insufficient handling of bullying
The district court found that the issues of bullying and harassment had not been discussed when negotiating the severance agreement. Therefore, the social and healthcare worker was not prevented from claiming damages from the employer even though it was stated in the agreement that ”the matter is considered closed and cannot be reopened.”

Based on the witness statements, among other things, the district court found that the social and healthcare worker had suffered an industrial injury due to workplace bullying. The district court took into account that the management knew that she was being bullied because of several inquiries from the health and safety representative. In spite of this, the employer had not taken any general or specific measures in order to stop the bullying, and the district court therefore ruled that the employer was liable to pay damages.

In the appeal case, the high court agreed with the district court, e.g., referring to the fact that the witness statements given during the proceedings were supported by statements to the Labour Market Insurance shortly after the parties had entered into the severance agreement. The high court further referred to the fact that the team manager had attended some of the meetings at which the social and healthcare worker had been bullied without intervening effectively.

The high court found it established that the mental health problems had triggered the social healthcare worker’s sick leave that led to the conclusion of the severance agreement. On this background, the high court upheld the judgment of the district court.